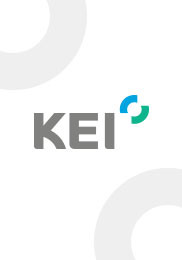 2. Study content and process
o Although the academic world has much interest in China’s policy decision-making, relatively few studies have been conducted on the subject, as much of the structure and process remains hazy.
ㅇ Previous studies mostly analyze China’s policy-making process in the fields of foreign policy and the economy.
ㅇ No previous studies have earnestly dealt with China’s air management policy-making.
ㅇ Some previous studies discussed certain Chinese air management policies, but these studies lacked an understanding of the unique characteristics of the Chinese political system and simply enumerated agencies in the administrative system of related departments in the central government.

o This study analyzed the air policy decision-making by the central government in the following categories: the Communist Party of China (CPC), and the official/unofficial organizations of the Chinese government.
ㅇThis study examined policy decision-making with a focus on the relationship between the CPC and the State Council. The National People’s Congress related to legislation was excluded.
ㅇ This study is expected to provide reference data to related departments within the Korean government in using channels to cooperate with China for air pollution reduction in both countries.

2. Key players
o The key players and organizations in the CPC are as follows:
ㅇ The CPC National Congress is an organization that holds supreme authority in the CPC, and it consists of the Central Committee, the Politburo, the Politburo Standing Committee, the Central Secretariat, General Secretary, the Central Military Commission, and the Central Commission for Discipline Inspection.
ㅇ Unofficial organizations called “Leading Small Groups (LSGs)” are part of China’s special task performance method, and LSGs have been seen to have a greater influence on policy-making than ever before since Xi Jinping started his second term.
- LSGs are formed for the launch and organization of specific tasks, as well as the legislation and management of related laws and projects.
ㅇ The Group Study Session of the CPC Central Committee’s Political Bureau (政治局集ooo), which has been held periodically since 2002 when Hu Jintao became the General Secretary of the CPC, is a venue in which the Chinese leadership grasps domestic and overseas situations by listening to regular lectures given by experts and exchanging opinions with those experts.

3. Major characteristics of the Chinese political system
o Based on the discussion above, the characteristics of the Chinese political system can be summarized as follows:
ㅇ The CPC exercises substantial influence on state agencies and maintains its influence on the government sector through the party, and policy decisions are made using experts’ advice in areas requiring expertise.

Ⅲ. Key Players in China’s Air Policy Decision-Making
o In March of 2018, the 13th National People’s Congress (NPC) approved a constitutional amendment that added “social and ecological” civilizations to “material, political and spiritual” civilizations.
ㅇ In 2013, the year after Xi Jinping took office, the State Council issued the Air Pollution Prevention and Control Action Plan, also referred to as the “Action Plan.”
ㅇ China revised the Environmental Protection Law and announced a series of policies to protect the ecological environment, which were strongly enforced.
ㅇ According to the revised Government Organization Act of 2018, the Ministry of Environmental Protection was expanded to cover the related functions of other ministries and renamed the Ministry of Ecology and Environment.
ㅇ To understand China’s decision-making, which focuses on the environment and air-quality management, we need to identify the players involved in the decision-making process and their roles.

1. Key players in the CPC and major organizations
o Playing the role of forming discourse on environmental policies, the CPC is in the central position of the power structure in policy decision-making.
ㅇ The CPC produces related policies based on macroscopic strategies and goals in relation to environmental and air policies.
ㅇ The CPC suggested and established not only a “view of scientific development,” one of the major pieces of discourse during the Hu Jintao era, but also “building of an ecological civilization,” a major piece of discourse on environmental policies during the Xi Jinping era.

o The China Council for International Cooperation on Environment and Development was founded in 1992 as an advisory body consisting of domestic and international high-ranking officials and experts with the approval of the Chinese government.
ㅇ The office of the CCICED Chairperson is a position at the same level as the Vice Premier of the State Council. Currently, Han Zheng, Vice Premier of the State Council, serves as the CCICED Chairperson.
ㅇ The major roles of the CCICED include sharing successful experiences with foreign countries in the areas of the international environment and development and providing policy suggestions to the Chinese government leadership and policy makers of different levels.

Ⅳ. China’s Air Policy Decision-Making and its Implications
1. China’s air policy decision-making system
o Inferring that China’s decision-making structure takes the form of a general policy-making system that consists of three phases-input, process, and outputs, the system can be summarized as follows:
ㅇ The major paths of discourse relating to air policies are decided by the CPC obviously, and air policy agendas are prepared by air policy departments. Those departments also lead the formulation of air policies.
- The LSG formed within the Ministry of Ecology and Environment manages the Air Pollution Problem Management and Solving Project and collects various issues to put on their policy agendas. Air policy agendas are automatically created by the State Council.
- The State Council is in charge of collecting the opinions of different departments. It releases a draft of collected opinions (征求意o稿), which is prepared internally based on discussions and debates, to collect opinions.
ㅇ The final draft is discussed by the Leading Small Group for the Air Pollution Prevention in the Beijing-Tianjin-Hebei Region and Surrounding Areas under the State Council, which is a core body in China’s air policy decision-making.
- The decision-making is followed by an Executive Meeting of the State Council in which related matters are discussed. After that, related departments hold external briefings and air policies are issued in the name of the State Council or joint government departments, all official government bodies.
- Based on the policies issued by departments in the central government, related policies are issued at the provincial level.

o For intergovernmental cooperation, it is suggested/recommended that we focus on the Chinese leadership in negotiations as China is under relatively low public pressure.
ㅇ Strengthen the existing official channels for cooperation with China’s high-level policy makers for the sake of air pollution management at the central government level and diversify cooperative channels.
ㅇ Consider forming a high-level consultative group in addition to the existing minister-level meetings of the Korean and Chinese environment ministers
ㅇ Facilitate cooperation based on inter-party human networks
ㅇ If it is difficult to upgrade channels for discussing air pollution reduction as suggested above, seek to build human networks with members of Chinese organizations, such as LSGs

o Seek to build relationships that are half-civil and half-governmental in the academic sector
ㅇ Utilize the existing official venues of contact, such as Korea-China forums, or make new venues of contact to expand human networks

4. Limitations of this study
o This study has the following limitations.
ㅇ The content of this study needs to be verified using cases involving China’s air policy decision-making.
ㅇ This study needs to be supplemented in the future because it fails to consider the overall policy and law-making process of China, including the legislation process, although it examines the air policy decision-making at the central government level of China.
ㅇ Participation from the Chinese civil society, including expert groups, is limited, yet growing. Therefore, such participation needs to be examined in further studies.